The Foxes hosted the Indiana Mustangs from Indianapolis. The Foxes entered the game with a 3-2 mark while the Mustangs entered the contest sporting a 4-1 record on the season. The Foxes would emerge victorious by a count of 28-24 evening both teams records at 4-2. It was also the team’s annual diabetes awareness game as well as it’s annual breast cancer awareness game. 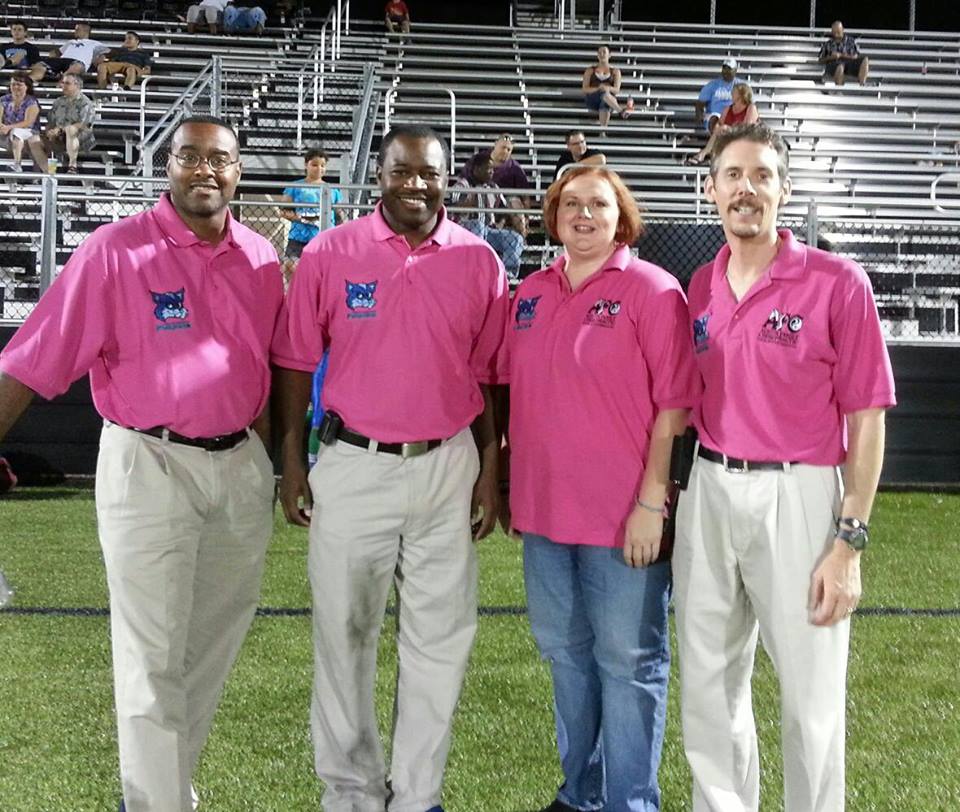 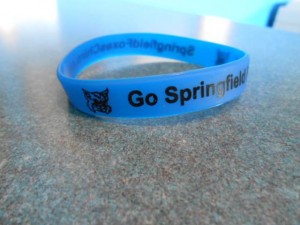 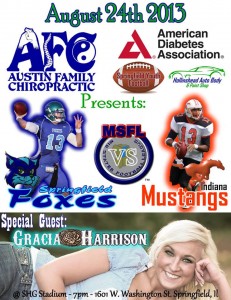 And last but certainly not least, AFC brought in up and coming Country music star Gracia Harrison from Girard, IL. You may remember Gracia from NBC’s Season 3 of “The Voice”. Gracia performed the national anthem just prior to kickoff. Harrison then performed two songs from her upcoming album at halftime, “Table 32″ and a Miranda Lambert cover called “Jack Daniels”.

The Foxes jumped out to a 20-0 lead late in the 2nd quarter after a MSFL league record 93 yard fumble recovery TD return by #3 Marcell Phiffer. The Mustangs weren’t quite ready to roll over and play dead however, as the Stangs would actually take the lead 24-20 in the 2nd half. But the Foxes would not be denied on this very special night! #FoxNation put up a late touchdown to take a 26-24 lead and then sealed the deal by adding a late safety to make the final score 28-24. 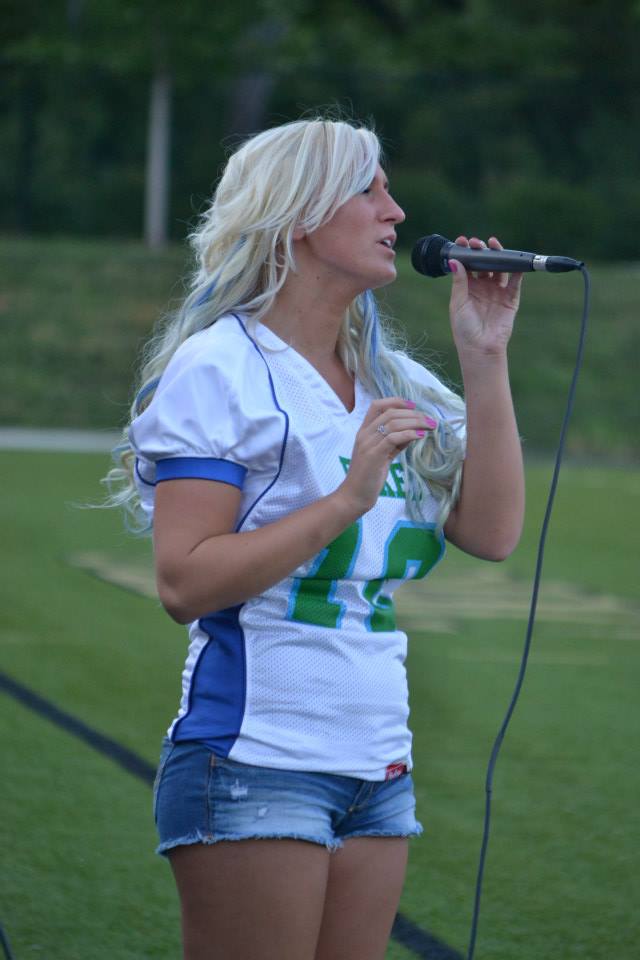 The Foxes are still alive for a playoff spot, but unlike last season where they hosted two home playoff contests at the friendly confines of beautiful Sacred Heart Griffin Stadium, they will have to take their act on the road to Chicagoland and / or Indianapolis if they make the postseason in 2013. 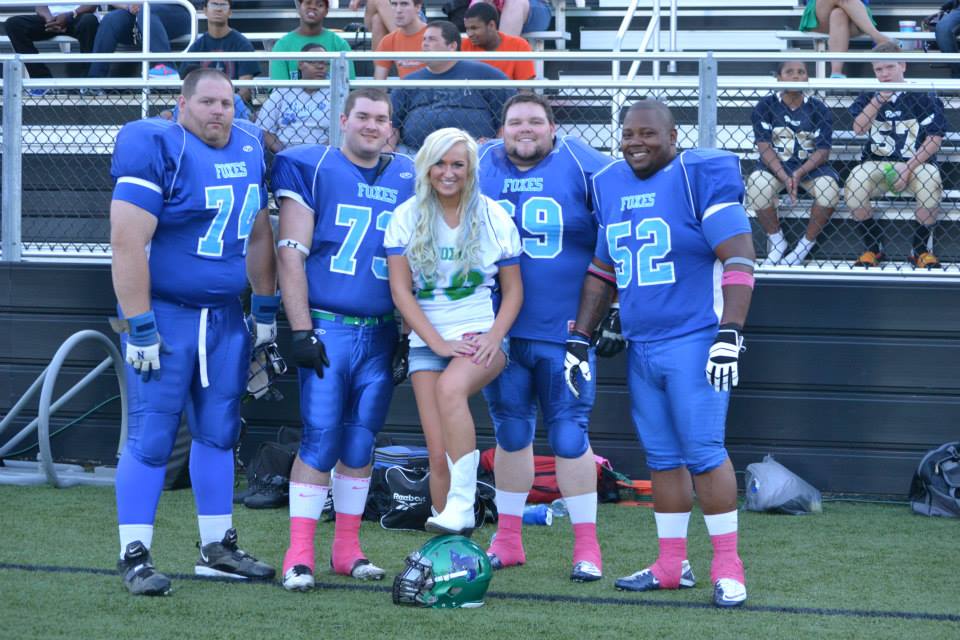 Gracia with Foxes players during pregame.